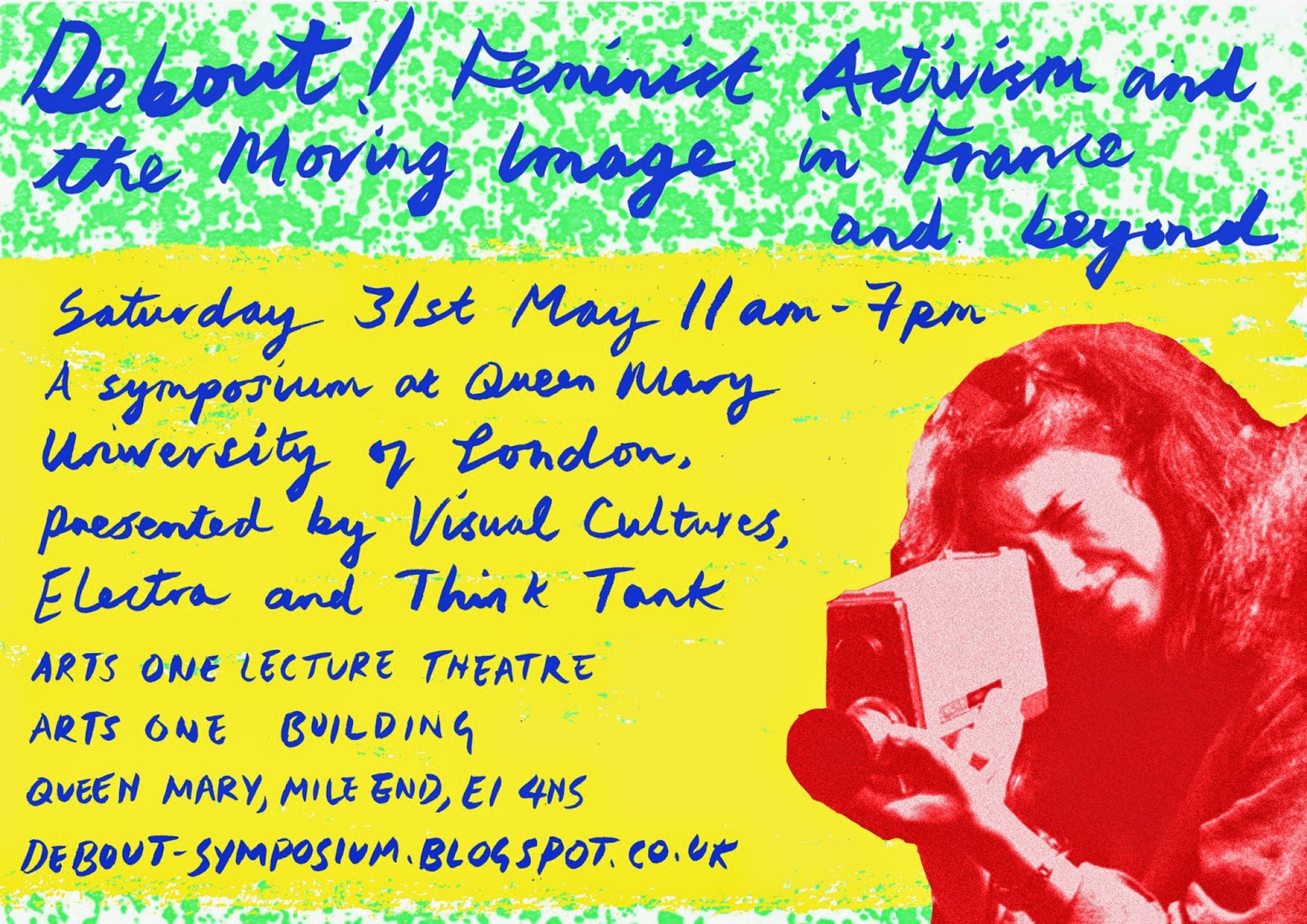 ***Please note the change of venue, to Arts One Lecture Theatre (opposite the Hitchcock cinema)***

A symposium at Queen Mary, University of London, presented by Visual Cultures, Electra and Think Tank.

This event is free but reservation is required. To reserve a place please register here

The Sony Portapak video camera arrived in France in 1968, coinciding with the first incarnations of second-wave feminism and the start of new forms of activism, which emerged from an enduring sense of political dissent created by social movements following the May 1968 protests. The convergence of portable video technologies, feminist theory and activist movements that sought to counter the dominant representations of gender and sexuality propagated by the mainstream cinema and television industries had a lasting effect throughout the 1970s. The videos produced were often made with immediacy, highlighting the political urgency of actions and interventions, with little thought to how they would be preserved. In 1982 three of the key proponents of militant feminist video in France, Delphine Seyrig, Carole Roussopoulos and Ioana Wieder, founded the Centre Audiovisuel Simone de Beauvoir, with the aim of creating an alternative archive and distribution network for feminist film and video. Inspired by the work of feminist theorists and activists such as Simone de Beauvoir, Kate Millett and Flo Kennedy, activist movements such as the FHAR (Front Homosexuel d’Action Révolutionnaire), Les Gouines Rouges and the MLF (Mouvement de Libération des Femmes) as well as the prolific work of 1970s video collectives (Les Insoumuses, Vidéo Out, Vidéa), the centre has been a crucial site for feminist film and video activity in Paris ever since.
This symposium celebrates the work of the Centre Audiovisuel Simone de Beauvoir with, for the first time in the UK, screenings of work from their collection, selected by the centre’s director Nicole Fernández Ferrer. The event will explore the legacies and relevance of feminist theory, film and video activism in European contexts: from 1970s participatory video to more recent cinematic work; and from activist documentary to experimental film through the work of Simone de Beauvoir, Chantal Akerman, Agnès Varda, Annabel Nicolson, Sally Potter, Alina Marazzi, Carry Gorney, Carole Roussopoulos and Delphine Seyrig, amongst others.

With support from The Leverhulme Trust and Queen Mary. Electra is funded by Arts Council England.